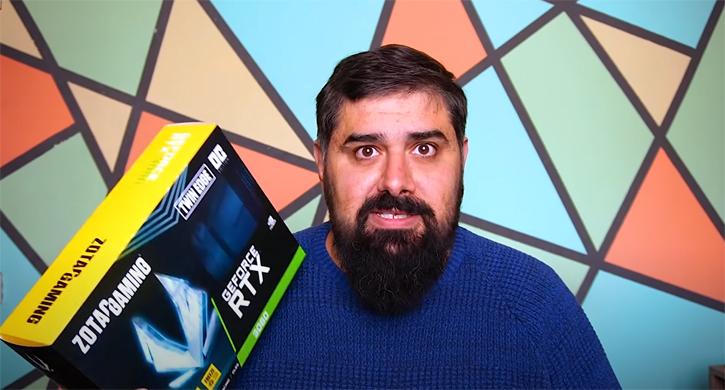 Publisher
guru3d.com
Unless stated otherwise, we do not claim to be the creators/owners/publishers of this content. All content belongs to their respective publishes and content creators.

NVIDIA: GeForce RTX 3060 Hash rate Limiter is enforced through both driver and BIOS

Yesterday NVIDIA issued a press release in which it is making a first step against and for miners. While that line sounds dualistic, it's the truth. The good news is that NVIDIA for the RTX 3060 release NVIDIA is cutting the Eutherium mining and Crypto hash rate in half.

The bad news is that NVIDIA will sell the same GPUs that end up in gamers' graphics cards; it a dedicated line of mining products. So with limited dGPU allocation and fabrication, the situation remains bad however for the RTX 3060 NVIDIA could distribute their cards more evenly. We do hope that for all future cards, NVIDIA will implement this solution. And we also understand that if this is done at a BIOS and driver level, NVIDIA can not revert or limit this on products already sold (incl the legal ramifications they'd face).

When the news broke yesterday, the community's response was 'meh ...' average for the reasons listed above. Also, it immediately became fuzzy how NVIDIA would apply a hash rate limit on existing products. I mean, if this is at a driver level, it can be easily hacked.

However, an NVIDIA spokesperson clarified what NVIDIA is doing; he said, "there is a secure handshake between the driver, the RTX 3060 silicon, and the BIOS (firmware) that prevents removal of the hash rate limiter". And that does make this a more secure solution. However, BIOSes can be altered, drivers as well. So we'll see how that turns out.

In related news, Videocardz yesterday picked up on a story from youtube CryptoLeo, a miner that is active on social. His video demonstrated how incredibly fucked up the market is, as he already has RTX 3060 in his hands and tested!! A retailer has been selling the RTX 3060 cards ahead of launch for 800 USD a piece, that same retailer sold all of the stock to miners already, and the card isn't even released (!) The products sold ... ZOTAC, which had their you know what handed back to them two days ago, promoting mining on their Twitter account.

Back to CryptoLeo, he tested the RTX 3060 hash rate, and it indeed dropped from 41.5 MH/s to 26-24 MH/s, so these cards are inefficient for miners. Interesting to note is that there is no driver for RTX 3060 yet, so it had to be a hacked driver. However, now the story comes back to NVIDIA if limited at BIOS level, the hash rate limiter indeed kicks in. All in all, and the end, this limitation is good news, we say. But judging from what retailers are apparently doing, I would not get my hopes up on enough stock then RTX 3060 gets released.
Content Source
https://www.guru3d.com/news-story/nvidia-geforce-rtx-3060-hash-rate-limiter-is-enforced-through-both-driver-and-bios.html