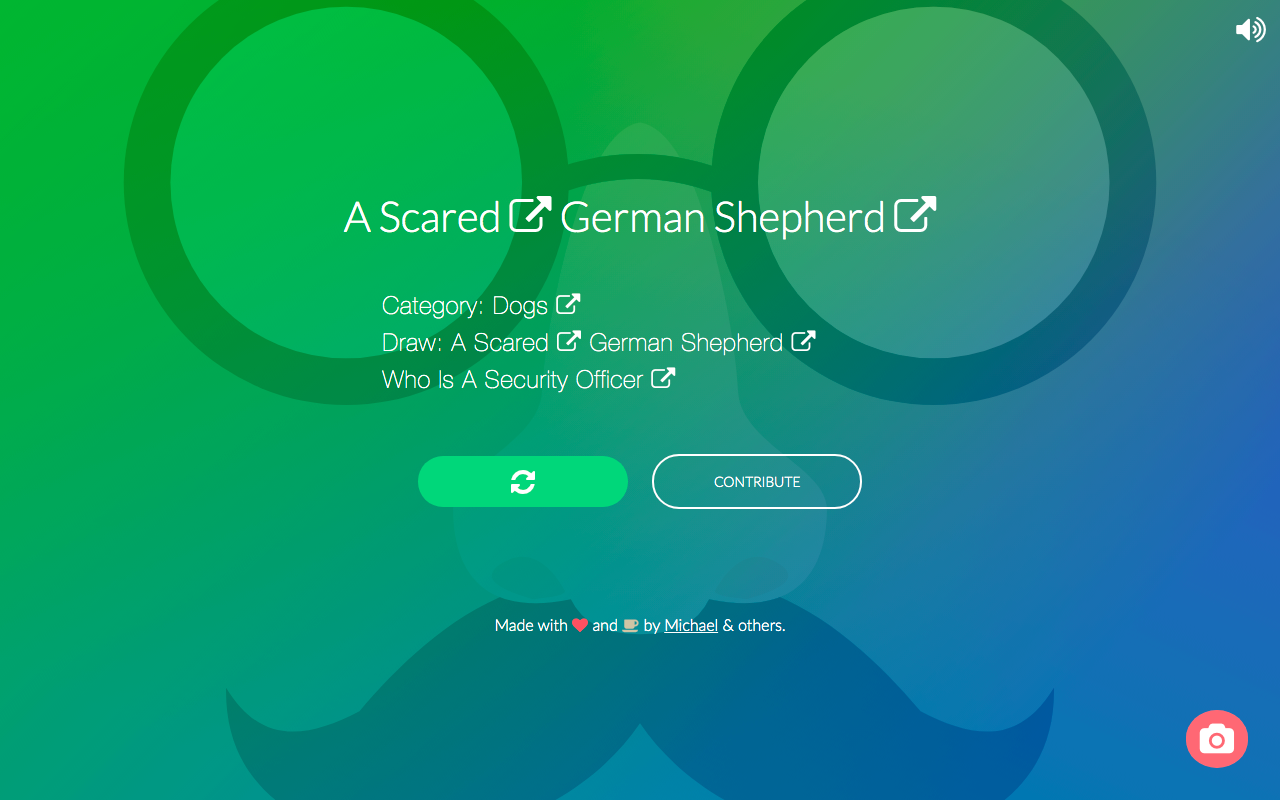 I wanted to take the time and share a new app I developed. This can be a handy tool you can utilize if you’re having difficulty coming up with an idea of a character to make.

Character Party was created for those that need an idea for a character to make. Give it a try at https://michaelsboost.github.io/Character-Party/

This app is capable of generating thousands of different combinations of characters, job titles, moods you would’ve never thought about combining together. Unsure what that animal is? No problem that’s what the hyperlink is for so you can research more of that animal for your character.